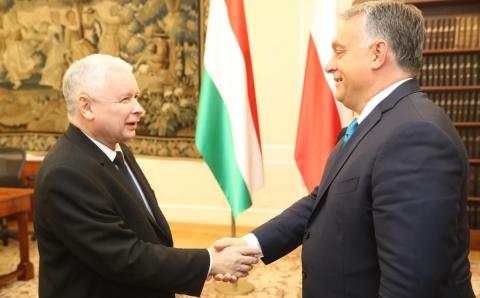 In her article published by Rule of Law in Poland, Zselyke Csaky describes changes in the Hungarian media landscape and what other countries can learn from it to be more resilient against pressure coming from the government.

“Hungary’s democratic breakdown of the past decade has been highly symbolic, representing both the end of the liberal hegemony of the post-Cold War order and the rise of anti-liberal strongmen,” Zselyke Csaky, Fellow at the Center for Media, Data and Society, writes in the article. She describes how Prime Minister Viktor Orbán centralized power and achieved unparalleled political domination, which would not have been possible without capturing the media, taming critical coverage and squeezing independent outlets.

She continues with the regulatory system, also captured by the government.

“Control over the press is centralized in the hands of a politically loyal media authority with broad prerogatives to regulate, including the power to hand out crippling fines,”

Zselyke Csaky also explains how the advertising market is used by the government as “a more insidious method to subjugate the press”. Government spending “has been used to prop up friends and to reward loyal cadres, keeping media afloat that otherwise would not have been able to survive on the market,” she writes. “In 2020, investing in the media without the government’s approval and support seems foolish, if not straight-up suicidal,” the article continues.

The establishment of KESMA, the media juggernaut combining most of the pro-government outlets, was also symbolic.

“In late 2018, government-friendly businessmen were simply asked to donate their outlets to the conglomerate for free—a shocking admission that they had never been the real owners to begin with,”

The article also describes the challenges independent outlets have to face and analyzes a few future scenarios. It concludes with the most important takeaway for media markets that are also at risk of being captured: ownership and societal support matters.